The seven last words of Jesus have been a part of Christian meditation. It is often used during the Lenten season. Since the holy week is when Christians commemorate Jesus on the cross. It symbolizes how God sacrificed His own son to forgive us for our sins.

These seven last sayings of Jesus Christ were interpreted by the theologians and others who are studying the scriptures. These are the last words where Christians are reading during the holy week in remembrance of Jesus’ life here on Earth.

The 7 Last Sayings of Jesus Christ

These words are the first sayings of Jesus in the cross. It is also known traditionally as The word of forgiveness. This is when Jesus prayed for the Roman soldiers who have crucified him at the moment. It is also for other people who are involved with his crucifixion.

Some of these words are not included in the early manuscripts according to theologians.

Traditionally, it is known as the word of Salvation. It is the moment when Jesus was in between two thieves during the crucifixion. Their names were Dismas and Gestas. One of them believed Jesus’ innocence and asked him to not forget him when he comes to his kingdom. Jesus replied to him these words.

Known to be the word of relationship. Jesus entrusts his mother, Mary to one of his disciples who he loves. It is identified as John. Although he’s suffering from horrible pain, he still made sure about his mother’s welfare after he passed away. It shows his humanity and the love he feels for his mother.

It was said to show that Jesus is a human who feels pain and abandonment on the ninth hour of his crucifixion. Some interpretation mentioned that the Father has to take away his sight from the Son since He cannot look and see the evil and wrongdoing. It is also concluded that at some point he is, after all, human, he felt abandoned by his friends and even God.

Others interpreted it as he said it to show that it is his destiny to suffer these things. Frank Stagg, the theologian, calls it a “mystery of Jesus incarnation”.During that moment, he cried out to the father. Although he is one with the Father and God is with Christ.

It’s known to be the word of distress. This is when he was offered a sour wine to drink through a sponge that is attached to a hyssop branch. It was held to his lips. This statement was interpreted by John as the fulfillment of the prophecy.

It is also compared and contrasted with Jesus’ encounter with the Samaritan Woman at the Well. But it is interpreted by John and comments ” to fulfill the scriptures”. So it’s not literally about the need to drink but Jesus said that he thirst to fulfill his destiny.

Also known as the word of triumph. This is when Jesus uttered the word “Tetelestai”. It means that he was able to already fulfill what he came here to do. With these words, the noblest person on Earth has taken his last breath.

According to Adam Hamilton, it is more of a cry of victory more than of dereliction. The plan has been fulfilled and salvation was made possible. Jesus offered himself to suffer instead of us. So God forgave our sins because of his sacrifice.

7. Father, into thy hands I commend my spirit.

Traditionally called the word of reunion. In theology, it is explained as Jesus’ proclamation that he will be joining his Father (God) in heaven. The last words of Jesus on the cross shows his absolute faith in God. It became the model of prayer when someone is sick, or facing their own death.

According to Hamilton, when darkness comes to your life, you need to have faith to talk to God. It’s hard to even complain to Him when you don’t have faith. But Jesus said these last words to show that he absolutely trust God whatever His plans maybe.

The word of forgiveness is for the people who did wrong to him. Although they are aware that he didn’t commit any sin, they still choose to crucify him to the cross. He asked for God’s forgiveness not for himself but to those people who are not aware that they are the ones who are committing the greatest sin of their existence.

When the other thief turned to Jesus to say to not forget him when he’s already in His Kingdom, Jesus spoke about his salvation. Although he was wrong because of his crimes, he will still be saved and have a chance to join Jesus in His Kingdom. It also means that when a person admits his sins and asks for forgiveness, he too can be given his salvation.

The relationship of Jesus to his mother Mary has been displayed during his last moments. Although Jesus is already called the Son of God, he still shows his love for his mother. When he’s on the verge of death, he made sure to ask John to take care of his mother when he died from the cross. It shows his deep love for his mother and that he thinks about her welfare after all has been done.

At this moment, Jesus was unable to stop his human part to feel abandoned. It’s human nature to feel this way. Some say that he was visited by the devil himself while on the cross. Telling him that God has abandoned him to suffer. Although he feels that way, Jesus on the cross still chooses to talk to God in this time of suffering.

His human body can feel distressed since he is suffering an excruciating pain already. Jesus on the cross said that he thirst which maybe literally or he means it another way. Since he is known to utter words, not in a literal sense. John interpreted it that it’s about the fulfillment of prophecy, not the literal need to drink.

Jesus on the cross announced his triumph and the end of his life on Earth. These words are a cry of victory and he’s happy that it’s almost over. Since he suffered so much just to have all of the human’s sins to be forgiven by God. He said his words of triumph without any hesitation. It’s his declaration that the prophecy has been fulfilled.

On his last breath, Jesus on the cross still managed to express his longing for his reunion to his Father. That’s why Christians have their prayer to follow these last words of Jesus Christ. It’s a prayer to say when you are in sickness or when on the verge of death. This is to show your absolute trust to God the same as Jesus in the cross did before he died.

Priest Timothy Radcliffe said that Jesus said the seven last words since seven is the number of perfection, it is the completion of the circle of creation. He still performs the analysis of the structure of Jesus’ seven last words to achieve further meaning.

James Dunn said that the seven sayings are weakly rooted in traditions. It is being elaborated as a direct retelling of Jesus’ final moments. Others like Leslie Houlden states that Luke did not include the Mark and Matthew saying from his gospel. He doesn’t think that it will fit the model of Jesus he is presenting.

Whatever you believe about Jesus Christ’s 7 last sayings, what matters most is to remember his sacrifice. Not for just this coming Holy Week. But in your daily lives so it will guide you along the way on a spiritual level. 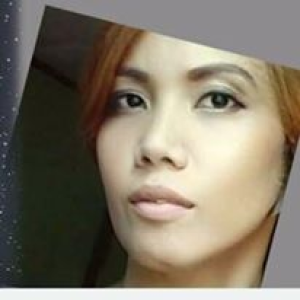 I am a Virtual Assistant, a Writer by heart and a full-time Mom/Dad of two wonderful girls.

The Revival from WattPad